One certain piece of infrastructure that will find a spot on the layout will be a Cream Shed.  Regular readers of this blog will be aware that I have a soft spot for these often overlooked little lineside gems and with the long weekend upon us the time was right to build a cameo scene type mini module that may one day grace the layout.

From my research it would appear that most cream sheds were either a free standing unit with a trackside platform ramped at one or both ends and the whole structure was raised to track level with traditional piers etc....or were positioned on a station platform with the rear of the shed cantilevered on timber or brick piers.  In this case I have decided to utilise a design that I have only ever seen used in one prototype location and this incorporates an earthen type loading bank configuration with timber facing and the shed fitted as per a station platform type arrangement.

As it happens we have the facing kit...so the opportunity was taken during the week to at least make a start on the major components and give myself a head start for the weekend.  It would appear that the majority of cream sheds were painted white ( white washed ) when new and as the layout period will span the transition years, I figured that most sheds that still existed at this time would be lacking in maintenance as they fell out of favour as a useable commodity.  In keeping with this logic I have attempted to model a shed that still shows a hint of the paint scheme of the past but in serious need of some TLC which as history has shown was never bestowed on them and in most cases they were unceremoniously demolished as the newer regime of milk product handling took over.

Anyway I have included a couple of shots of progress thus far and I look forward to the weekend as I attempt to bring the scene to life, as best I can.  The shed itself  will have the underfloor detail and weathering added as the scene takes shape and the facing has been partially pre-weathered and awaits burial into the scene.

Hopefully ( if I can stay under the domestic radar ) I will post some more progress over the weekend. 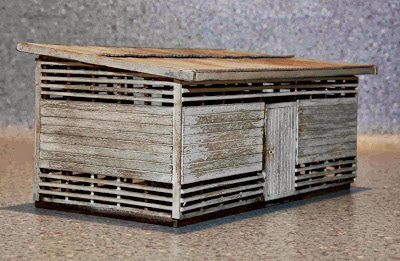 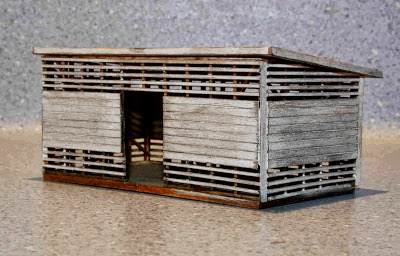 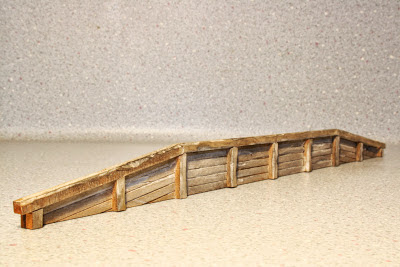