Well today was the day to get moving on another piece of invaluable infrastructure for the layout..

I knew that this project would test my patience...but like most things you begin & it gets enjoyable & the end result in this case was well worth the effort.

To create a presentable & believable hardwood paling fence has been a "holy grail" of mine for years.

Things have certainly changed over the years & treated pine has largely taken over as the preferred choice for home owners who don't want the colourbond variety.....or brick.

For me two things have always been a compromise when modelling a domestic or industrial scene & that has been the fencing, either the barbed / chain wire fencing or the old paling fence & while i will leave the former to someone else....i thought i had the ability to solve the latter.

If this project was to fly, the most important aspects were that the components had to be timber...just like the prototype & the dimensions & construction had to be as accurate as technology & common sense would allow.

With the first "proofs" manufactured today i will describe the components...

The posts have the mortises cut right through to house the fence rails & feature the beveled tops to shed water...I have left them long so they can be either trimmed or sunk into the scenery when fitted.  The mortises at this stage have been cut a touch off centre & the reasoning for this will be described along with the paling panels.

The rails speak for themselves & are a fairly neat fit through the post housings & are long enough for four panels of fencing including the posts.

The palings are the only compromise i have made & are designed as a one piece unit with beveled tops on each paling & feature simulated nail holes.  They have been lasered on each side for accurate representation.  The main compromise has been the thickness of the paling panel & this is the reasoning for the offset holes in the posts,   Although i feel that this aspect does not detract from the overall  finished appearance, it may be that i find a thinner material for the fence paling panels & readjust the post holes to centre.

For the modeller wishing to...you can snap the fence panels & easily remove a paling here & there or indeed have them laying on the ground here & there.

There are several elements to be assessed & maybe some mods will be adopted along the way.

While the components are tiny & some would say brittle...when assembled & glued they are relatively rigid & strong.

I will in the next run try & vary the individual paling colour via laser intensity...so weathering will be almost inherent & as much as the components are simple to assemble i might cut a jig to speed up construction.

So... the next question is will these fences see the light of day as a retail kit?...I think they are a relatively easy solve to an age old problem & if someone prefers they can utilise the spine of the fence & substitute corrugated iron for palings...

The major factor that will need to be addressed is...how many panels per pack???

I am as we speak designing the bevelled or sloped section panels that will be used to terminate the fence at the street boundary & will post some more shots when this is completed.

This project needed to go ahead now as a proving ground for small componentry....as the next project at this level will be stock races & yards.

I would certainly appreciate feedback on this one to gauge the viability of it's future...in the meantime i will keep churning the components out & stockpiling for the layout here & the 101 uses i will have as structures go ahead. 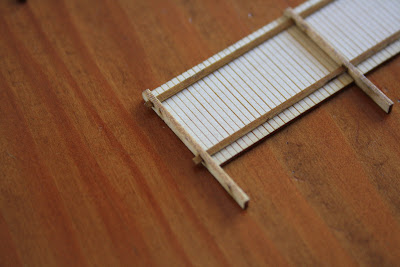 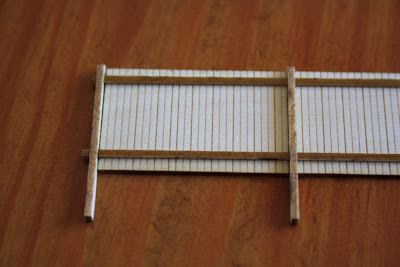 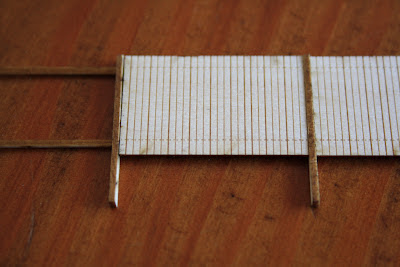 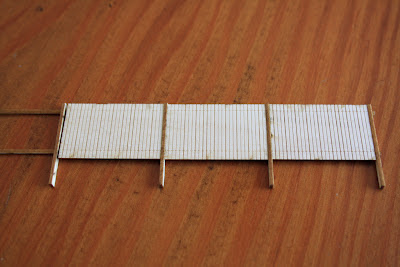