As can be seen from the photos, the layout room is coming along nicely.  The room is basically a room within a shed & as the layout is located in an area with extremes of temperature, every effort is being made to insulate wherever possible. 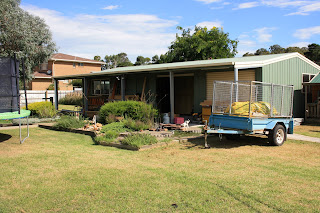 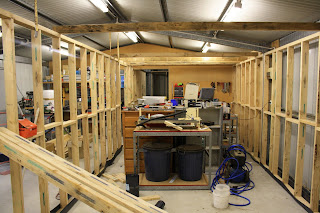 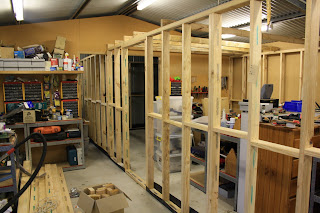 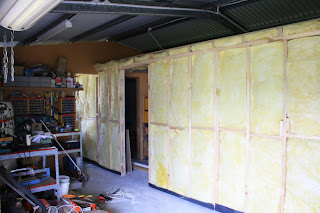 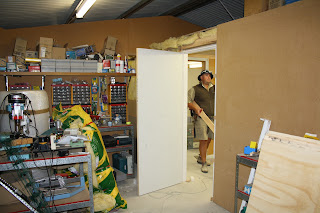 The opportunity was also taken to incorporate a mezzanine storage shelf  1200mm wide in the gap between the layout room ceiling & shed roof for the entire 12 metre length. 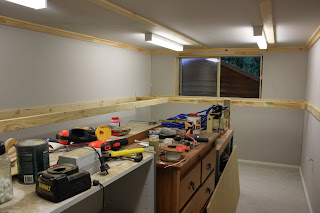 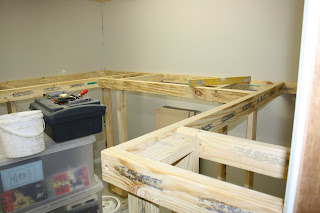 The layout benching was quickly decided upon while the ability for labour was on site.... It is at a height of around 1350mm high & while boring and flat.....It will provide a basis for adding & subtracting a bit here & a bit there so i have above & below track scenery. 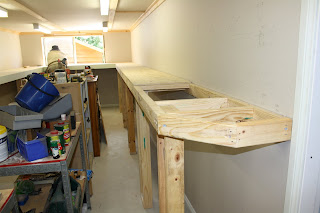 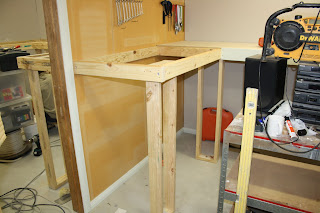 There was an existing dividing wall already in place in the shed & a decision was taken not to remove it...but rather incorporate it as a screen in the new layout room which allows for a 3 metre x 3metre section to be utilised as a shunting area or staging etc. 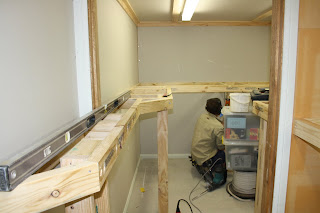 The internal lining is water resistant gyprock which the builder specified...i was talked out of MDF as a lining....but i insisted on timber cornices & ceiling joins as against gyprock as i had seen first hand how the shed behaves in the weather extremes & did not want the joints to rip themselves apart.  The way it should work now is like slip joints

I guess painting will have to be undertaken soon.......I hate painting!!!!!!
So there you go....we are underway.  I will post some up to date photos of initial track laying soon...
Regards,
Fat Controller.
.
Posted by Rod at 15:06