Can't imagine that anyone (even those with the remotest of interest in railways) would not be captivated by a trip to Captain's Flat.  Up until a few short years ago much of the railway infrastructure was still there, as if frozen in time.  With the mine closing in March 1962, the town almost evaporated in a relatively short time thereafter and with the last train to "The Flat" occurring in late August 1968 it is an absolute wonder that anything rail related still exists at all.  I guess it is a testament to the fortitude of the locals, interest groups and to a lesser degree the local government representative and administrators that much is still there for all to see.

Keeping the above introduction in mind, it was a sad indictment to the owning authorities that the ore loader was unceremoniously demolished in 2010 after having had many thousands of dollars spent on it's maintenance in the preceding year or two.  This loader was certainly a landmark and a cornerstone piece of the mine's history and understandably caused great angst amongst the locals and anyone else who has respect for our rail and industrial past.. as it seems the plan to demolish was kept under wraps until too late for any meaningful protests to be organised.

For many years I had planned to emulate this structure in model form, and now with it gone...I guess my task now is to pay homage to it's existence.  As much as I was fortunate enough to have visited the area countless times over the years and have a fairly extensive collection of facts, figures and photos...The task of measuring the vital statistics of the structure was never undertaken by me, and during research on the structure and uncovering countless photos by a plethora of people...I am yet to see a reliable set of drawings or accurate dimensions. (Although a reader here might steer me in a previously unknown direction)

Undaunted I set about recreating a set of drawings based on the scaling of photographs and deciphering a couple of rudimentary drawings that I had come across.  A start was made on construction this week, firstly on the loading ramp, frame and ore chute detail. Some licence has been taken with the ramp pile and bent height as I have no idea at this stage as to what terrain it will fit into on the layout...so these can be modified.

I am building three units concurrently...one unit to test components, one unit as per built (new condition) and the other unit as a weathered structure in it's later life.  I have had a ball to date and now with these components completed, construction will now commence on the loader shed and the weighman's office situated under and amongst the ramp frame.  I will of course blog the progress of this structure through to completion. The unit chosen for the layout will most likely progress to a diorama for placement.

For any reader who is curious to learn more about the area and it's rich history...there are many sites on the internet that are devoted to "The Flat" and of course an excellent article appeared in Byways Of Steam 29 written by Goulburn local, Leon Oberg. 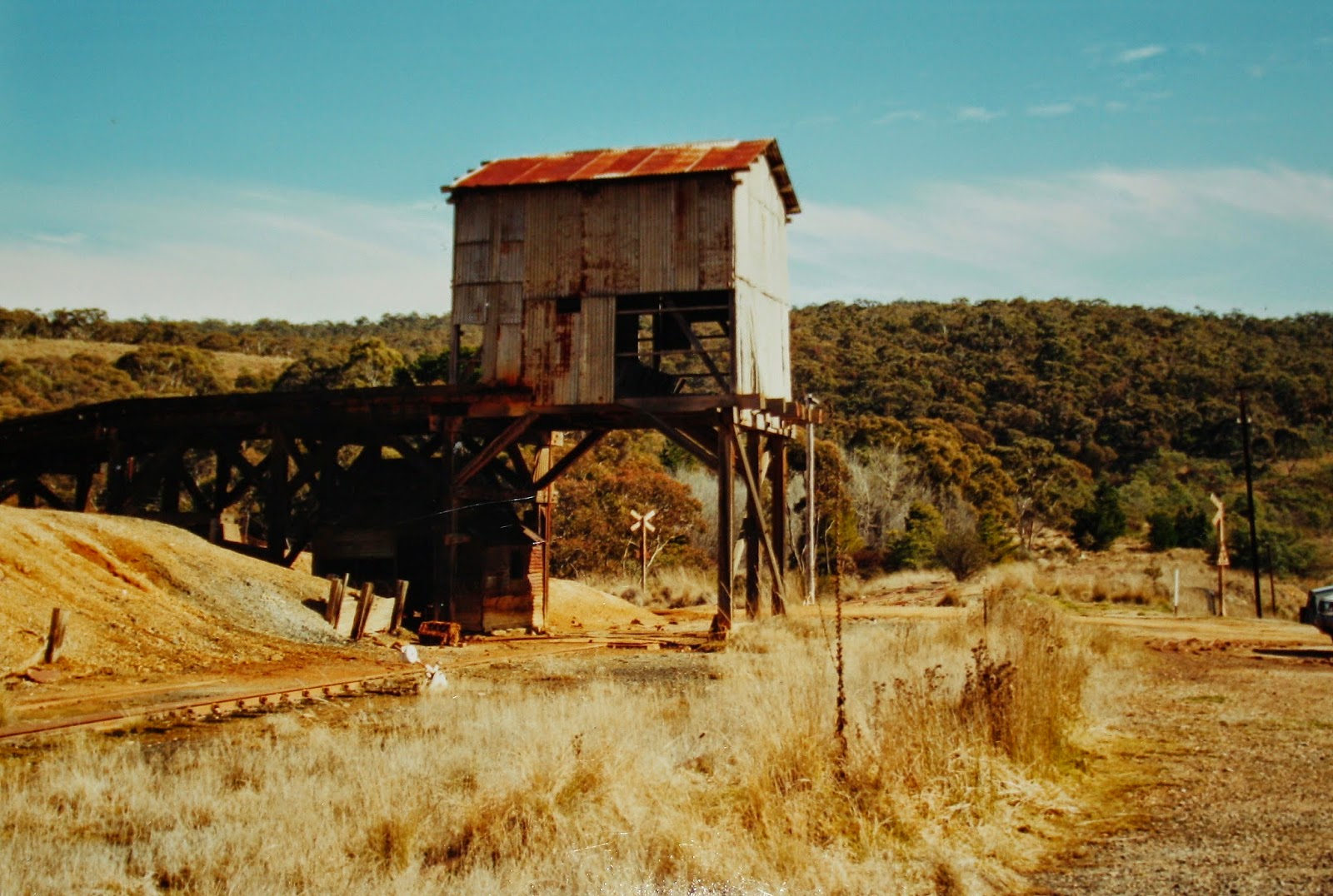 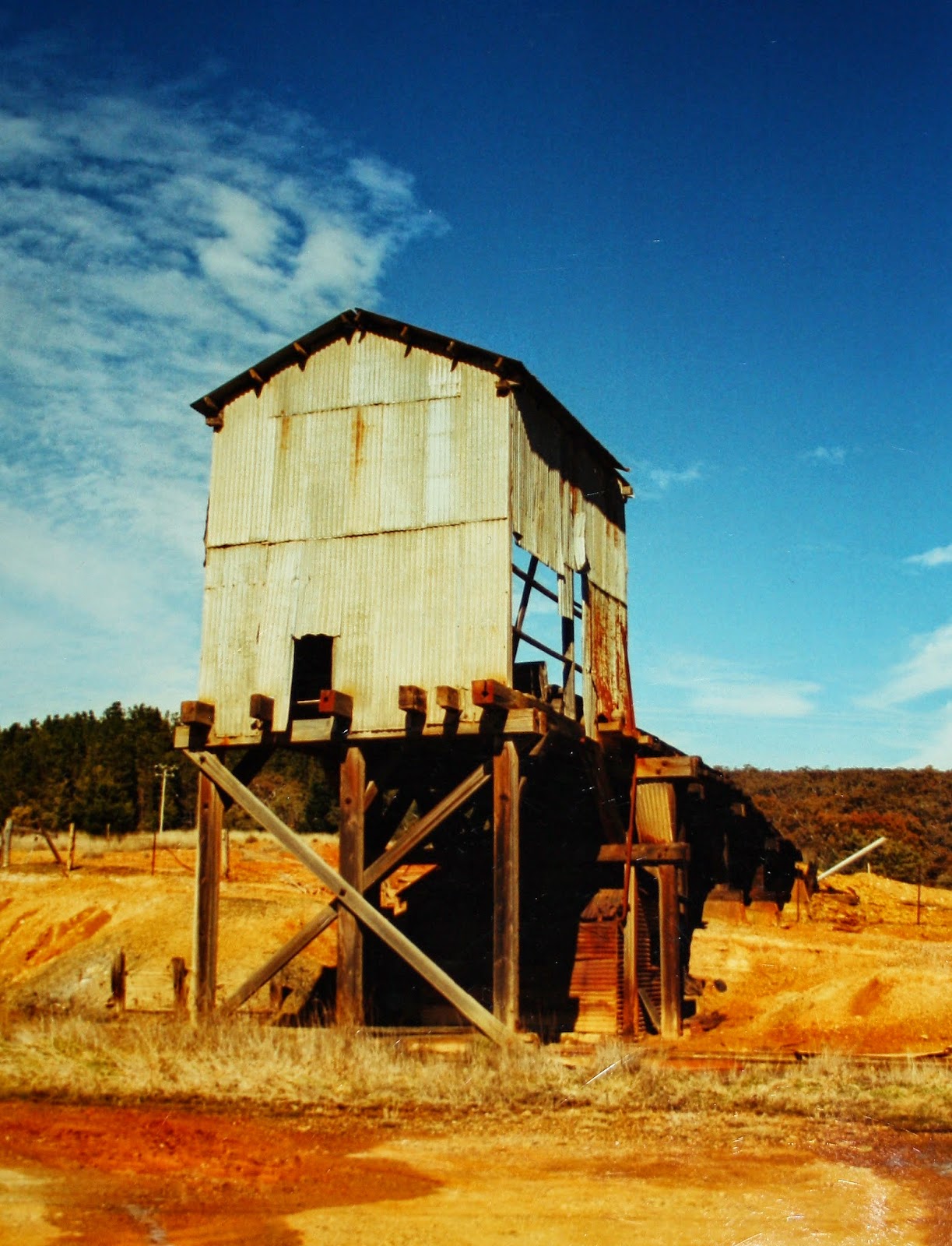 Would love to credit this shot...but am not aware of the photographer... 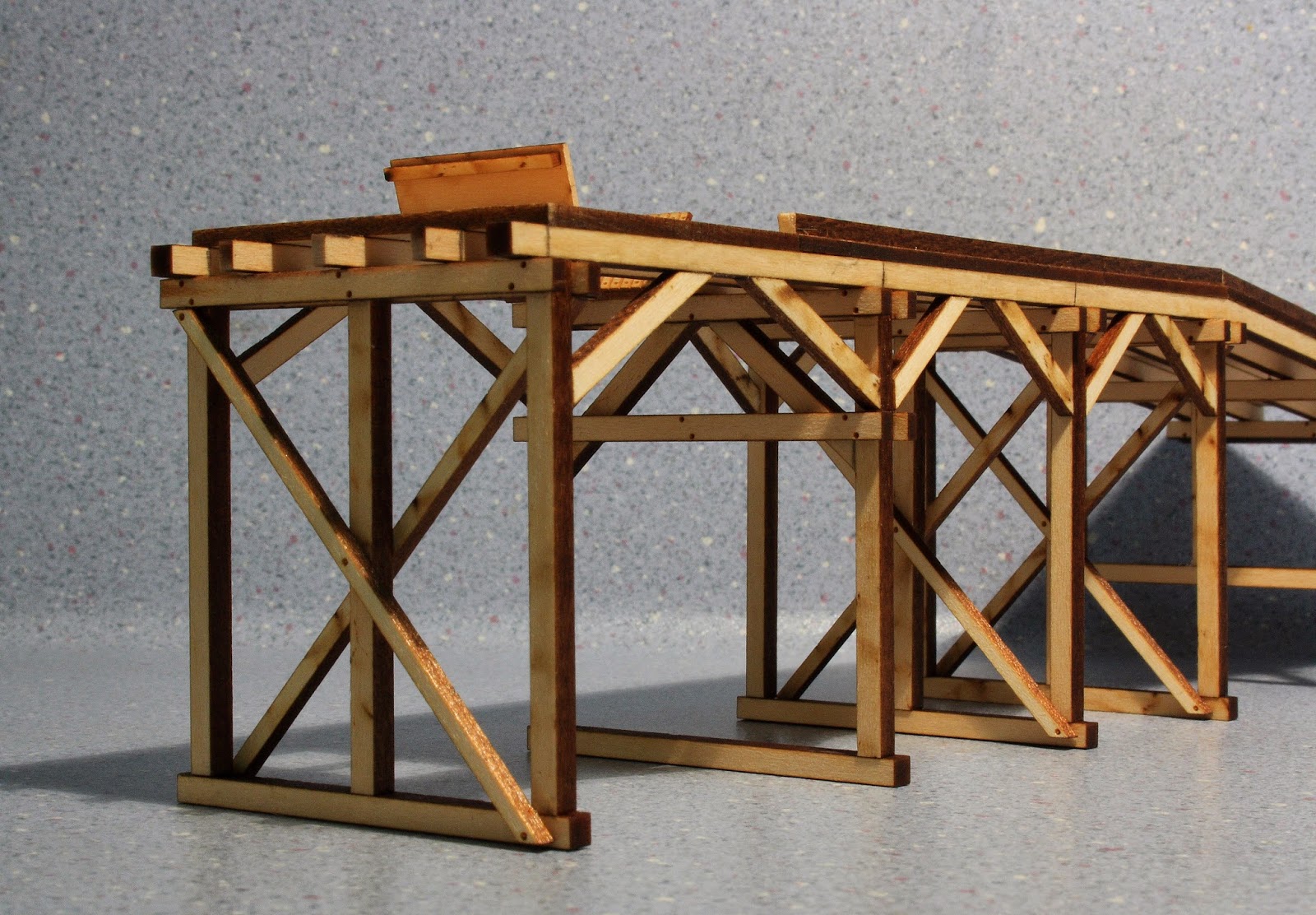 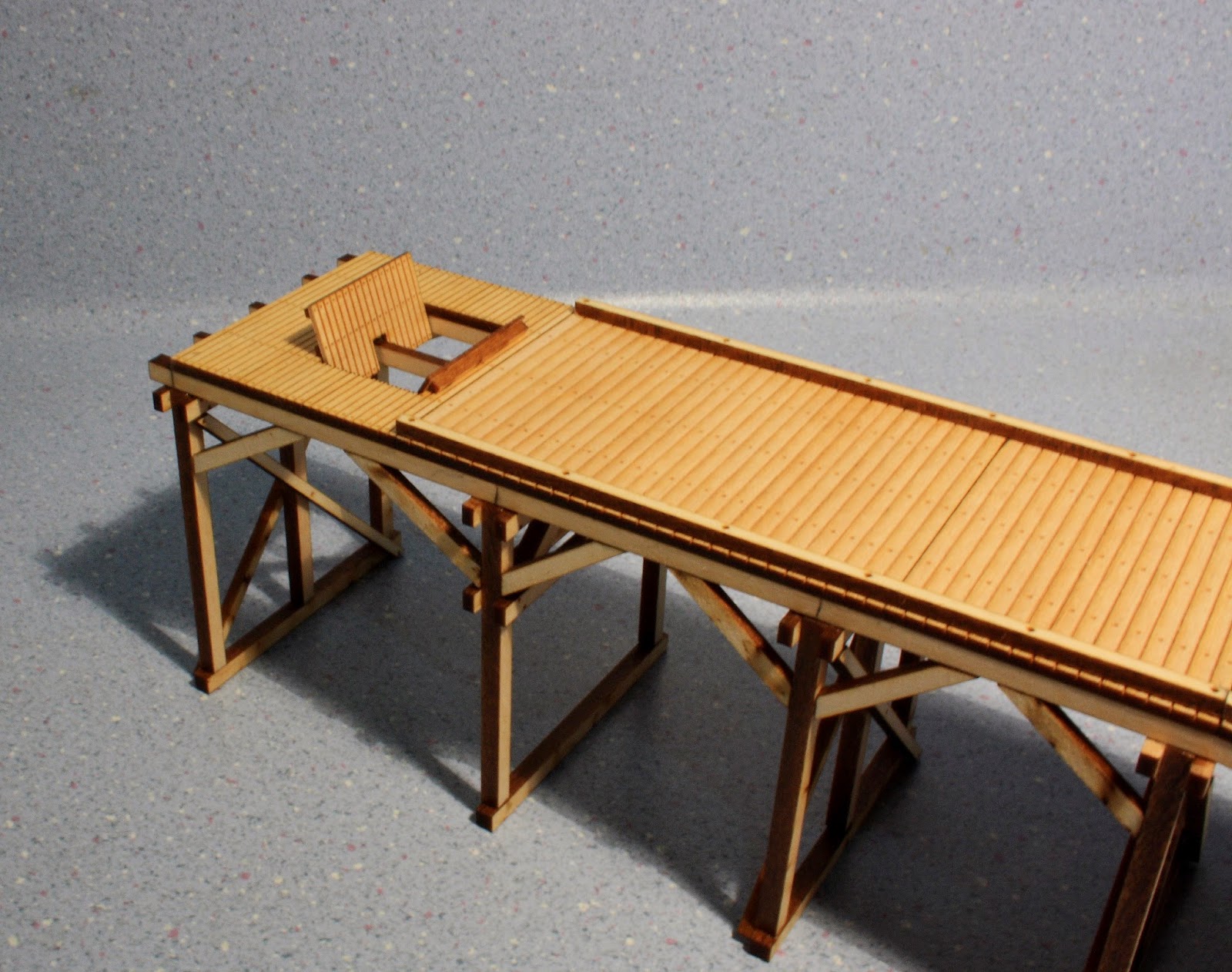 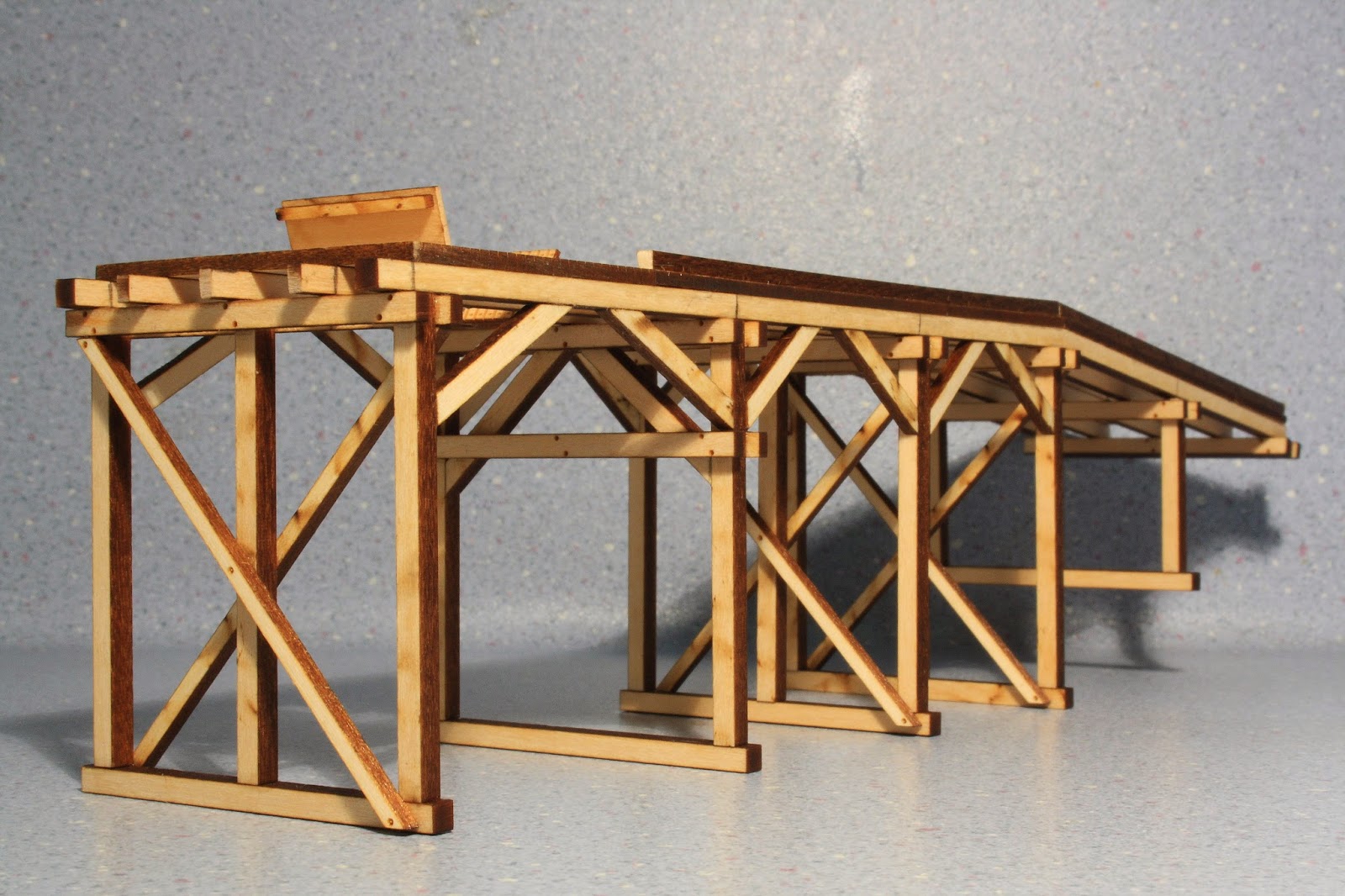