Burke's Backyard and The Layout...

I think it was Don Burke who originally advocated placing newly purchased pot plants around a garden to ensure correct placement before actually planting...  I guess we in this hobby have been following that adage for many years before he ever appeared as the "garden gnome" on TV.  In the case of model railroading it is not only trees and shrubs...but also track, structures, scenery and most other items that are positioned around a layout to ensure that "it all fits" from an aesthetic and operational point of view.

As touched on in an earlier post, I have been working on the location of the Argyle Flour Mill and just when I thought I had it all worked out...doubt has crept in regarding the ultimate positioning of this industry.  It is not so much the flour mill in isolation...but more about how the placement will affect the overall "look" of this location.  I have included some photos of the trial fitment of the mill and they should allow the reader to follow my logic.  I must firstly explain that the mill will either be just the solitary building or, as also shown, with a silo complex / grain unloading shed, most likely a boiler house and one or two small outbuildings. 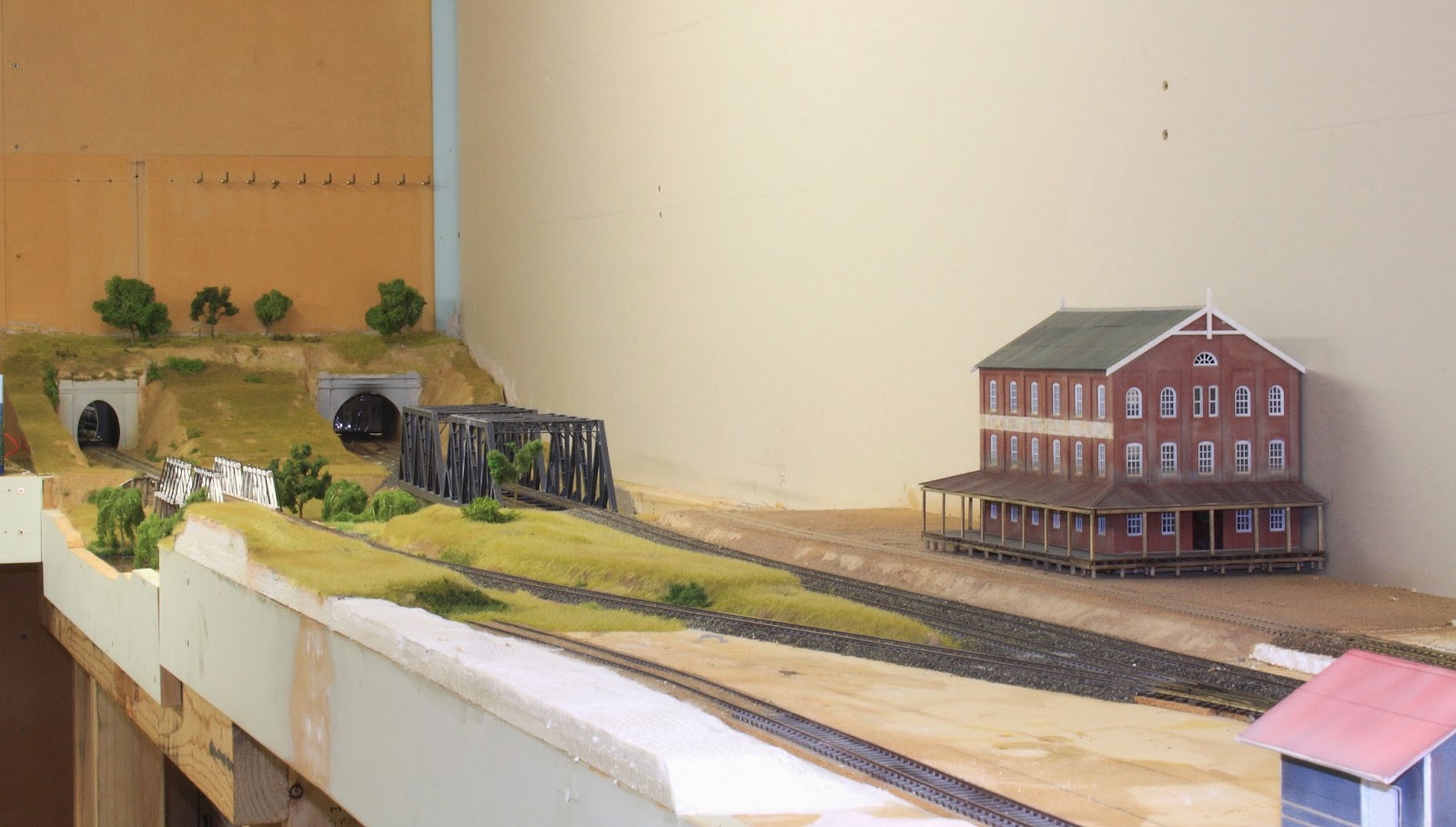 So here is the view including the solitary flour mill building...and to my eyes, even though the area has not been fully scenicked... the placement just looks too big and bold and tends to make the bridges appear to be out of scale or lacking in bulk or height. It could also be the fact that the mill is on a slightly elevated track and would have been better suited to have been in a hollow slightly hidden with landscaping or conversely the main lines may well have been better placed on a rising grade with the bridges approached via embankments...anyway, we are too far down the track for that modification to be retrofitted! 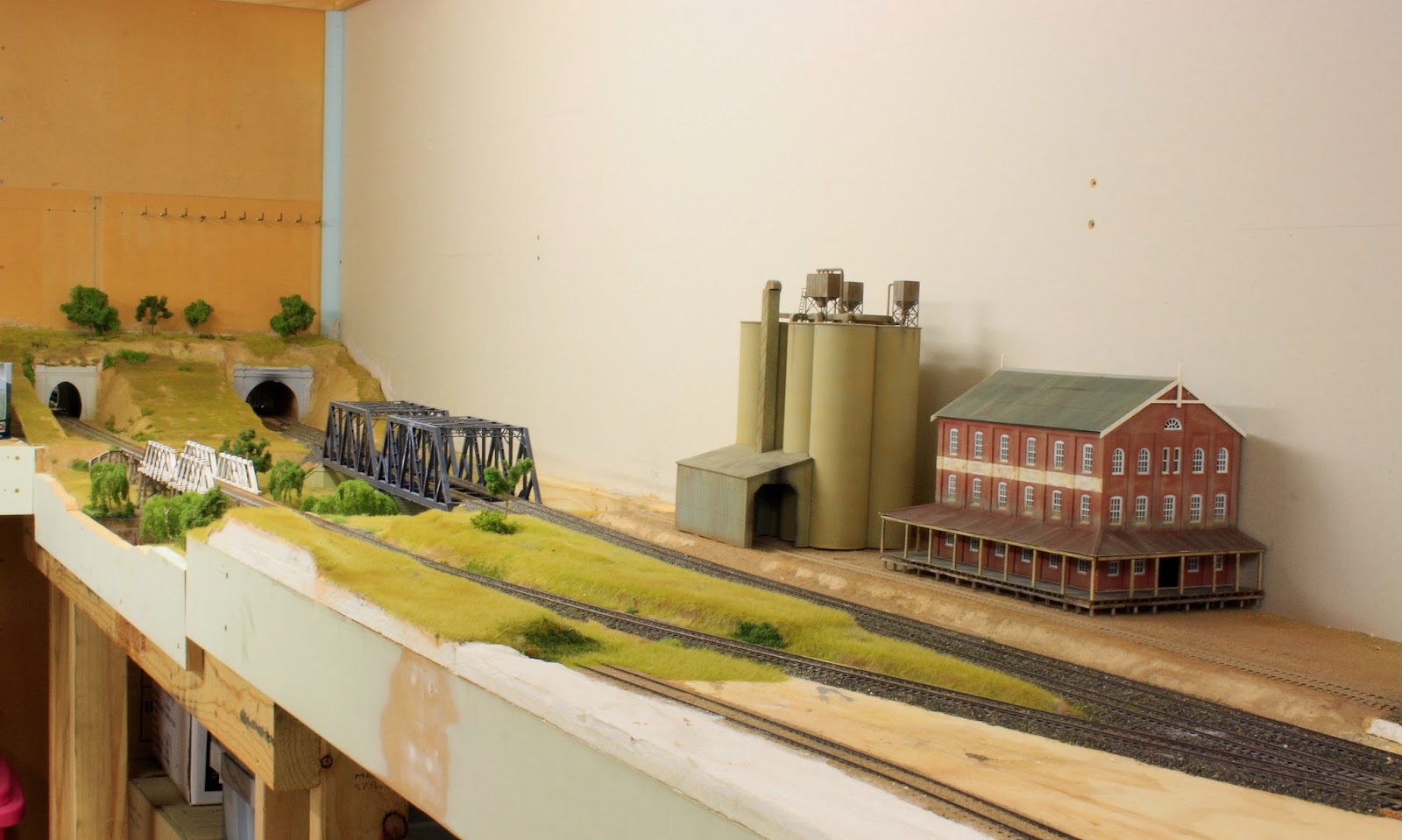 Another shot showing the yet to be modified silo and grain unloading shed added The silo complex will need some work as it is presently depicting a structure for the cement industry and ultimately (if utilised here) will need the roof structures removed and a conveyer shed added and an auger chute to transfer grain to the mill.  Again the industry seems to overshadow the rest of the scene.   As I write, my wife has just poked her head over my shoulder to view the photographs and she also suggested that the scene looks "too congested" and maybe that is another aspect that comes into play.

I guess I will just have to play with other suitable industries over the weekend and maybe try a "lighter feel" like a petroleum depot and attempt to hide or tone down the industry with landscaping.  In the end it would be a shame to deviate from the original flour mill plan.  Ah well...tomorrow is another day!

On a more positive note, I received a fairly large and much anticipated, combined shipment from the US this morning from a number of suppliers.  With regards to one supplier called Scenic Express, I tend to place an order about twice a year with them and apart from a heft amount of static grass and other sundry items, I ordered some ready made weeping willows to place along the river bank.  I have planted a small amount already and feel that they have certainly improve the somewhat naked look that this area once had.  Based on my initial reaction and the reduced prices...I will be ordering a lot more differing types of trees made by this particular manufacturer to augment the home made varieties already growing on the layout....Don Burke would be proud! 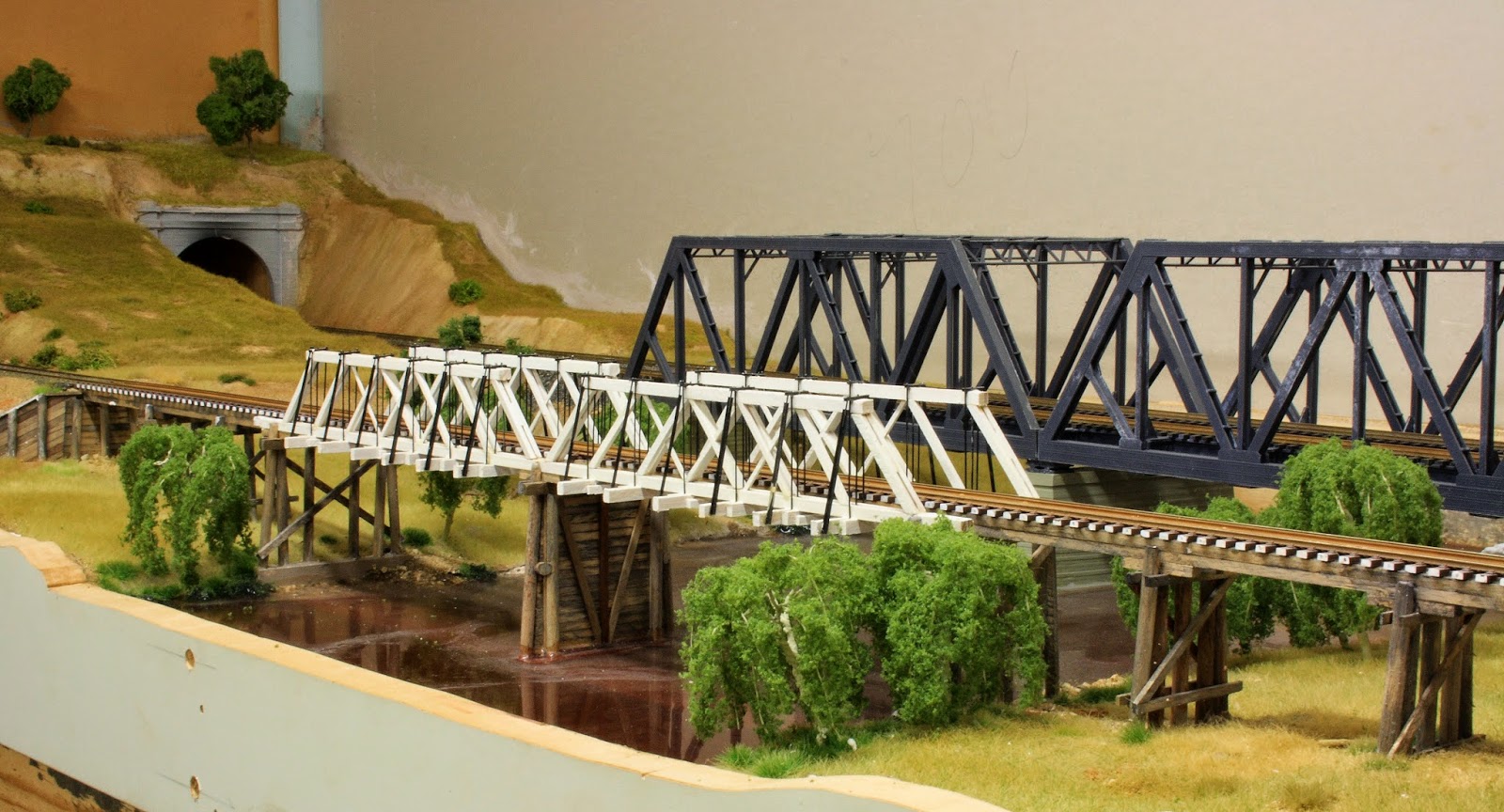 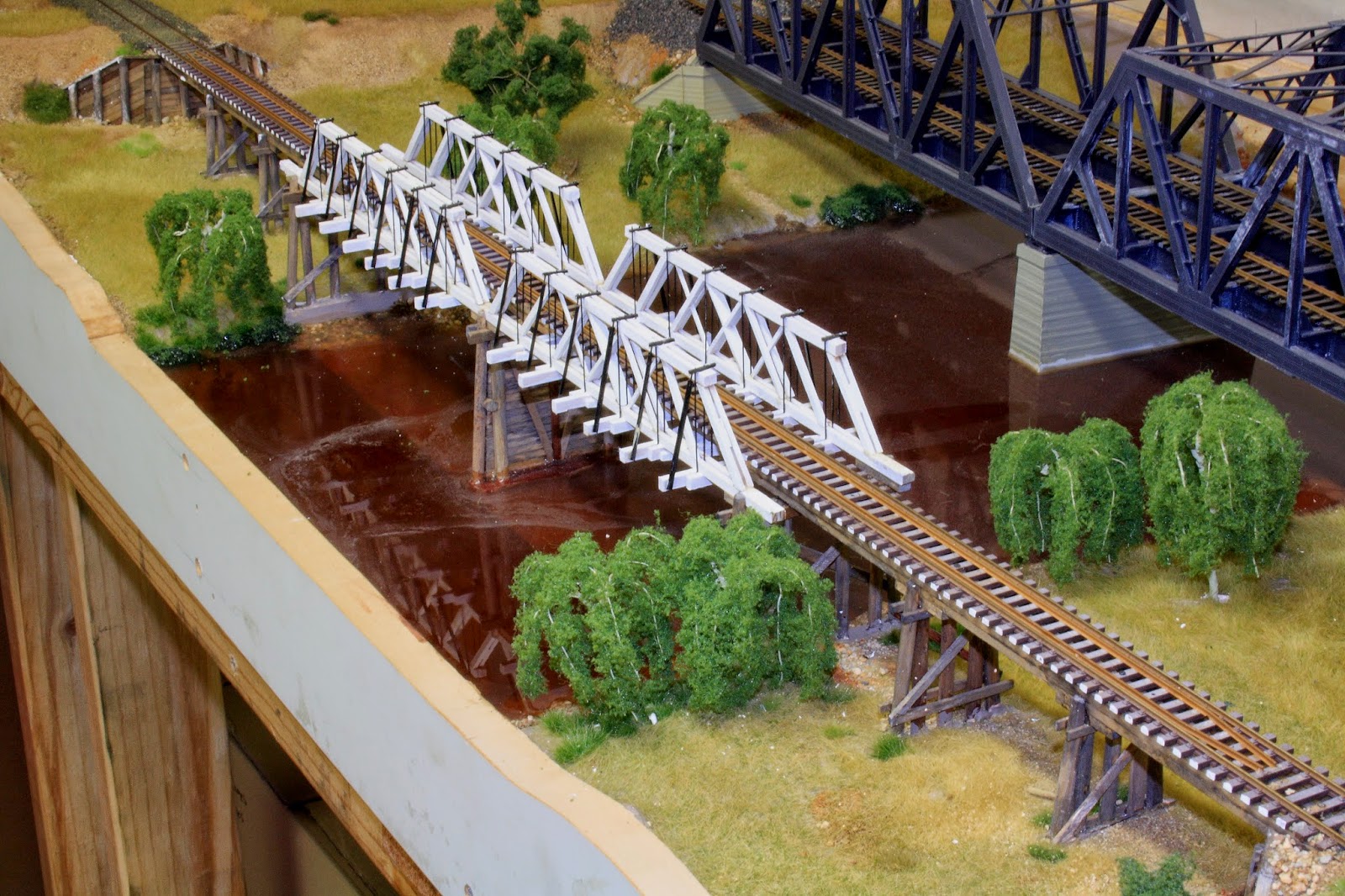