Well all the hard work has been completed & our first bridge kit has been released. As stated in earlier posts the first release is of a generic timber bridge ( spanning single track ) as seen all over the NSWGR system.

The kit is available now on Ebay & will be available at the Canberra Exhibition next weekend courtesy of our "secret agent" Warren Herbert from Gwydir Valley Models.

We will also have available a few " built" bridges which is due to the number of pilot models that have to be built to check all componentry and instruction sheets for accuracy...These will pop up on ebay from time to time & where time is avilable we will continue to offer built units.

The next kit will be a double track version of the this kit...followed by the angle approach versions.

I am going to now take a couple of weeks break from the kit development to concentrate on family, some long overdue foreign orders & hopefully put a bit of time into the layout.  As much as i love what we do...it can be overwhelming in the time stakes...Hmmm i remember saying that a few times!!!

Anyway thanks for all of the calls & emails of support along the way....Very Humbling.

Not much else to report other than we have also entered the 21st century kicking and screaming and have launched a Laser Rail Bits Facebook page for those interested. 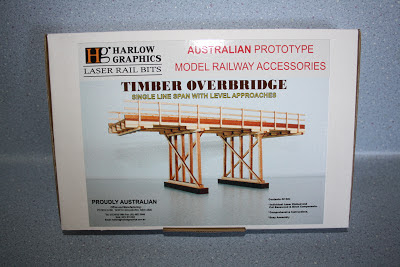 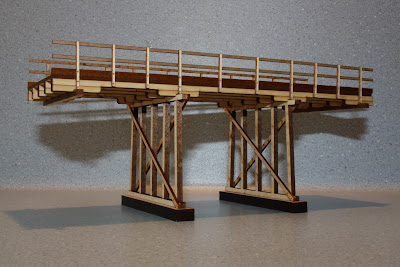