Off On Another Tangent

Well, the 48 class is now completely stripped, the DCCSound decoder and speaker kit has arrived and I have purchased the required resistors to complete the lighting circuits when the rebuild begins.  I have been keeping careful records and photos for the next instalment in this conversion...But the subject of this post is about as far removed from loco rebuilding as one can be.

I had better begin this post by describing a fellow blogger.  Iain Robinson maintains a blog called (strangely enough) Iain Robinson Modelmaking  and he may well be familiar to some of you.  I happened across this site a couple of years ago and have been hooked ever since.  While the subject matter of Iain's work is somewhat removed from the Australian scene...the research, methods, craftsmanship, attention to detail and his immersive writing style and photography of the projects are certainly awe inspiring to say the least.  Iain is certainly a "master modeller" in the true sense of the word...I guess an artisan would aptly describe him.  Now, while I would never in my wildest dreams ever attain the level of skill that he makes look all so easy...there is plenty of hints, tips and inspiration to be gained from a visit to his blog and because of this I have embarked on my latest project ( yep...one of many in the process of completion stakes).

As much as I have built a number of structures over the years for pleasure and for the layout and have utilised a number of mediums to do so...I guess I have settled into a routine and have unconsciously fallen into a pattern of staying well and truly within my comfort zone.  To this end I have made a conscious decision to try a medium that has attracted my interest for some time...but for one reason or another has never made it to the top of the deck.

Iain utilises DAS modelling clay in some form or another in most of his structures and I decided to "start at the start" and see where this material would take my imagination and assess whether I could adapt it into my modelling "habits".  I have for some time had a desire to explore and build a besser block and corrugated asbestos composite industrial type building...examples of which dotted the "pre enlightened" industrial landscape.  In the Botany area of Sydney...where I grew up,  there were a multitude of these buildings and the design seemed to be a standard.  Concrete floor with besser block "brick up" to a level of say 8 to 10 courses and then corrugated asbestos sheet continuing on to the roof line....all of this cladding normally wrapping around a steel skeleton of RSJ / I beams. and the pitched or sawtooth roof followed the theme of corrugated asbestos as well.

Unfortunately I never pointed a camera at this type of building and as much as I recall the general appearance...I needed a reference photo(s) and certainly a building that was local to my childhood area and familiar would be a plus.  I recalled a shot that I had seen many years ago and I was able to uncover it in the publication called Remember When II and I have included it here...( Photo Credit... to Ted Skiller and the ARHS ) 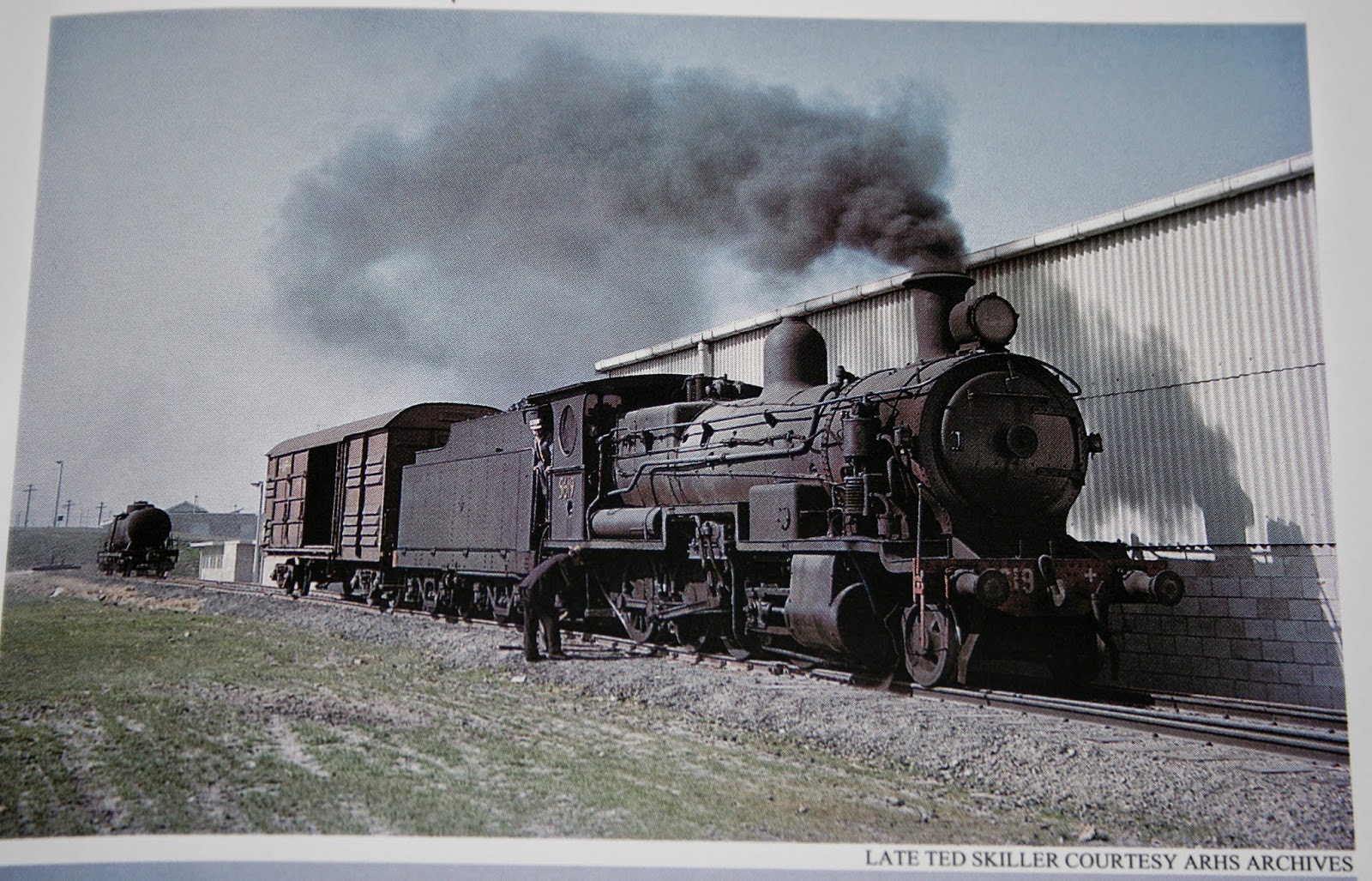 The shot was taken inside what was once the ICI Botany site and as much as it shows only a glimpse of what I would like to recreate...the important elements are there and imagination will take over from here...

In the case of the corrugated asbestos...I ordered around 40 sheets of the OO scale plastic offering from Wills ( UK) a couple of years ago and as is normal with most model related purchases...I knew I would find a need for it...someday.   While I am aware that it is slightly over scale it does possess the flavour I am looking for and it is convenient.  On the down side it is way too thick and is only single sided so this will have to be taken into account as well. 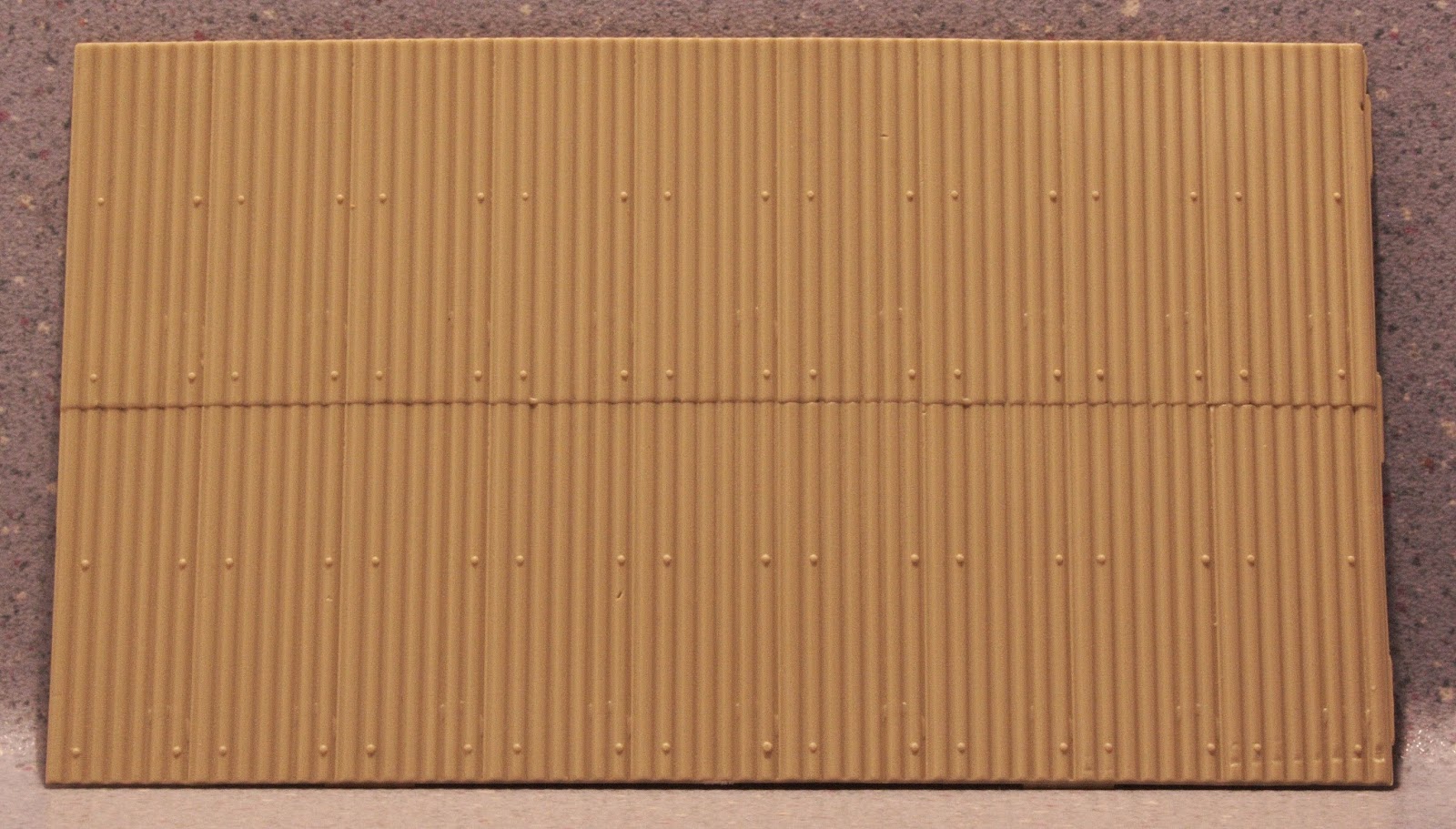 And now we finally get to the trial and error part of this essay and that is the creation of the besser blocks   I purchased four 1kg blocks of DAS modelling clay last Christmas and "donated" two of these blocks as stocking fillers for my daughter and kept the other two on hand awaiting an opportunity to "play" with the stuff and discover the uses for our hobby.  With the dimensions of besser blocks now entered and scaled to HO, I attempted to laser etch a set of templates or probably better described as stamps from engraving plastic... to allow "panels" of besser blocks to be easily formed.  The initial results are encouraging and I now need to tone down the mortar joints, as these were not normally raked as deeply as I have portrayed and I think I will use cast acrylic for the next set of stamps as this material has less flex and should produce a more consistent indentation.  (On a positive note, I am happy with the surface texture I have been able to achieve).  I will also attempt to create moulds as well so that uniform thickness of the panels can be maintained and double sided mortar joints are able to be introduced.  My first impression of DAS modelling clay is that I can see a multitude of uses and the discovery phase will be a fun process.

I have included a shot of a trial panel of besser blocks...  In hindsight I think purchasing four 1kg blocks of DAS modelling clay was very much a case of overkill... 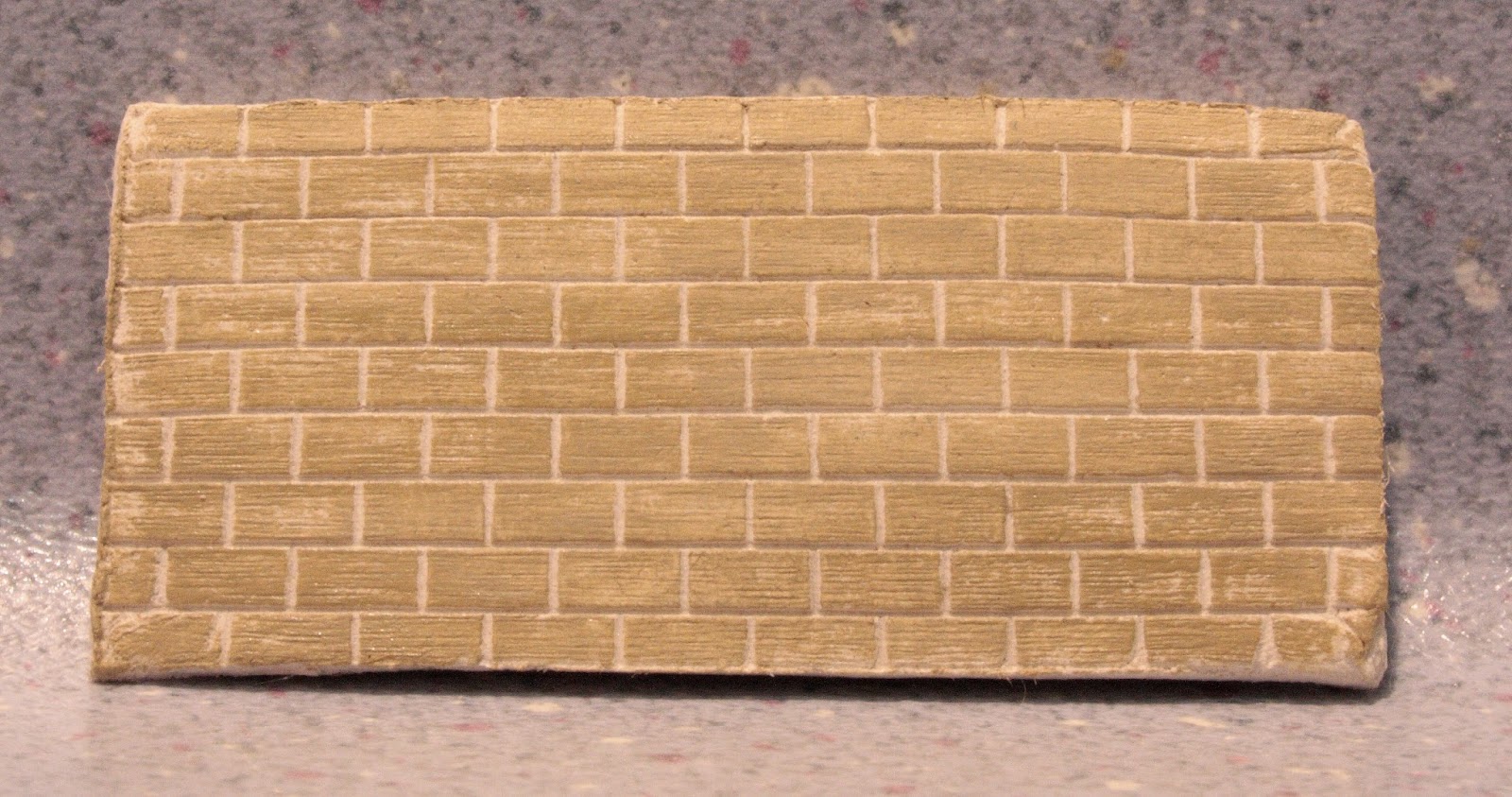