With the Fish River station disaster and rebuild now completed, I turned my attention to the last two "foreign orders" that I have on the books to complete.  The first is the subject of this blog post and the other is the completion of a substructure for a G2 goods shed. The bridge is now ready to despatch to it's new owner... while the goods shed project should be completed over the weekend.  It will be nice to have a clear construction bench and no outstanding orders.

The bridge project has been a testing but enjoyable time.  The initially discussed dimensions seemed a tad formidable but after a few days of thought it did become clear that it was possible and a start was made.  For the records the project brief called for a single lane road bridge of 640mm in length with the roadway width of 50mm between kerbing.  No real issues thus far but the span and location of the bents proved to be the brain teaser in the equation.   The bent assemblies had to be 180mm high and the terrain of the existing  layout dictated that these bents were to be located 180mm in from each end leaving a 280mm main centre span.

I must admit that the thought of creating something that has no direct link to an existing Australian prototype example did not appeal to me in the first instance... but I do relish a challenge and here was one dropped straight in my lap.

As much as we have the basic drawings and machining files available from our existing bridge range of kits, I did not envisage that I would need to modify nearly every file to achieve the outcome.  Commercially available basswood comes in 600mm long sheets and as this dimension would not allow the bridge girders to be manufactured in one piece a decision was made to fabricate them in 3 pieces with a step join located over the bridge bent locations.  The join could be hidden with handrail stanchions and structural integrity could be enhanced...so this method was adopted.

Even though the bridge width was a fair bit narrower than our kits, I still elected to include 5 longitudinal bridge girders which also forced my hand to construct 5 pile bridge bents with the centre 3 being vertical and the outer piles flared to look the part.  In an attempt to keep the whole thing looking as Australian as was possible, the bents were constructed with headstocks, intermediate waling and upper and lower angle bracing.

With the project now essentially complete I have included some pics of the finished structure.  Success is certainly in the eye of the beholder and even though I have deviated wildly from any known Australian prototype to fulfil the brief...I look forward to seeing some photos of it weathered and in situ on the layout. From an aesthetic viewpoint, I feel it could use some knee bracing between the bents and the underside of the main centre span to make it appear as if the span is supported more adequately...but there is the negative view that this may also take away any Aussie flavour.  Anyway this point has been discussed with the client and these can be retrofitted when installation is complete. 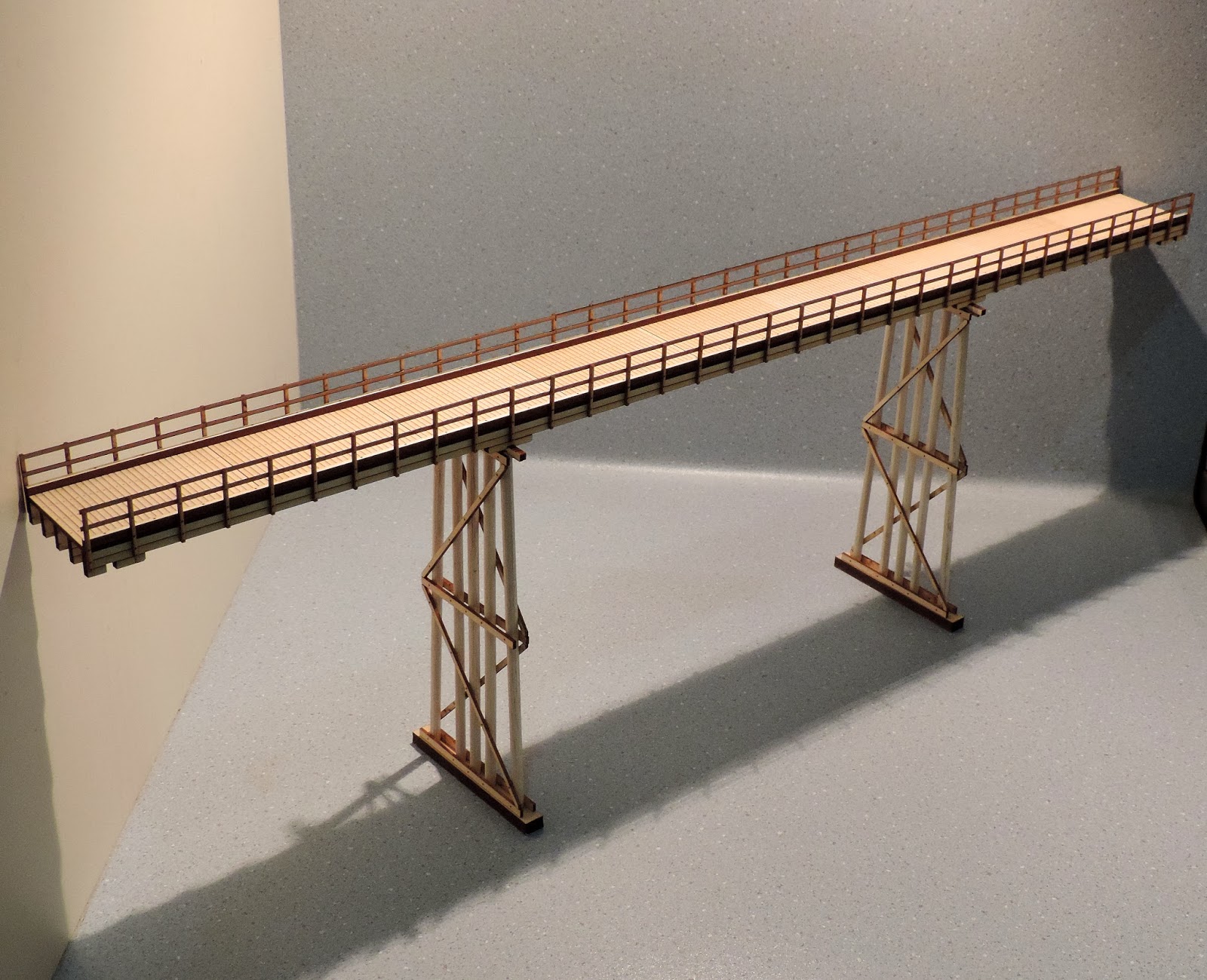 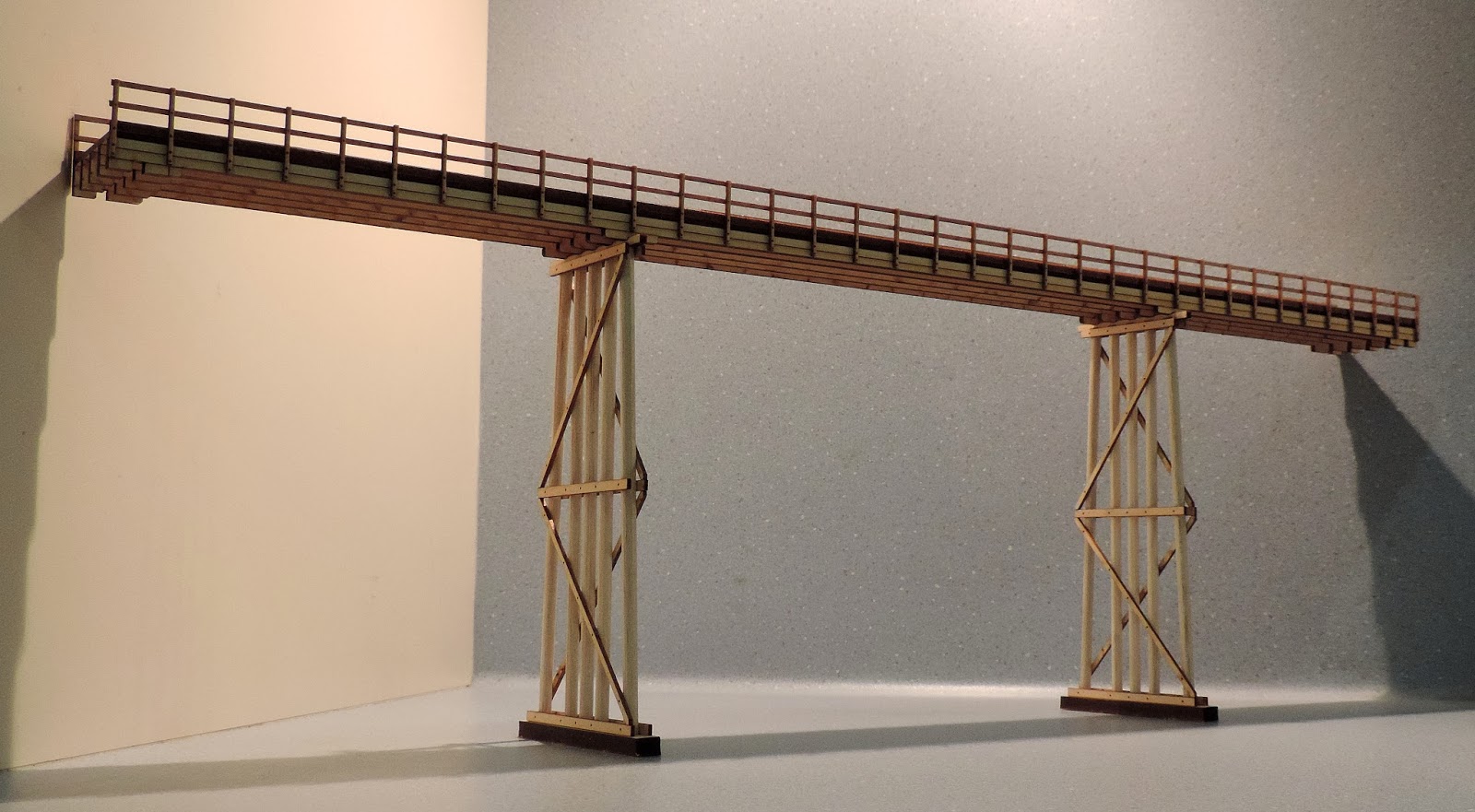 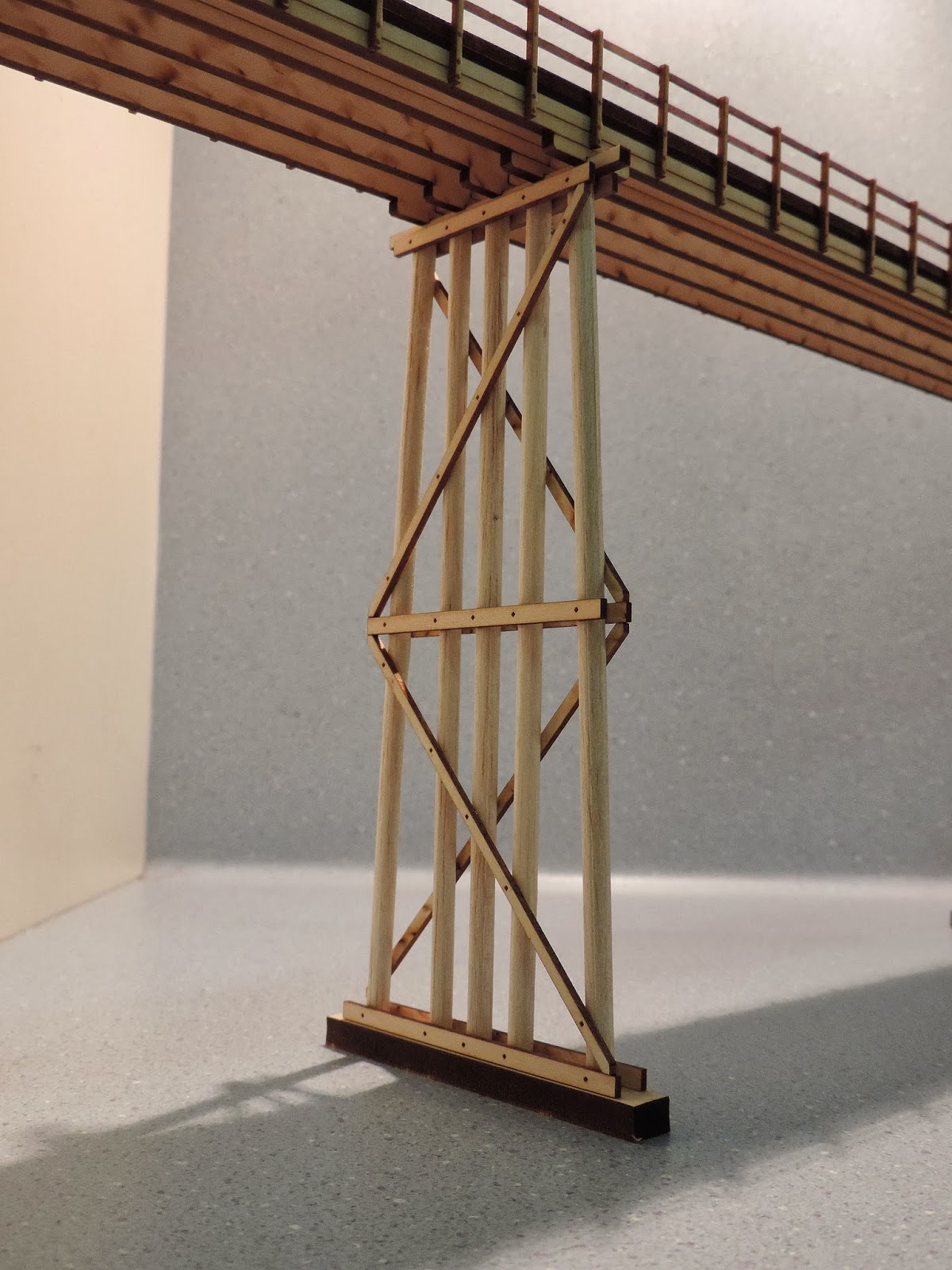 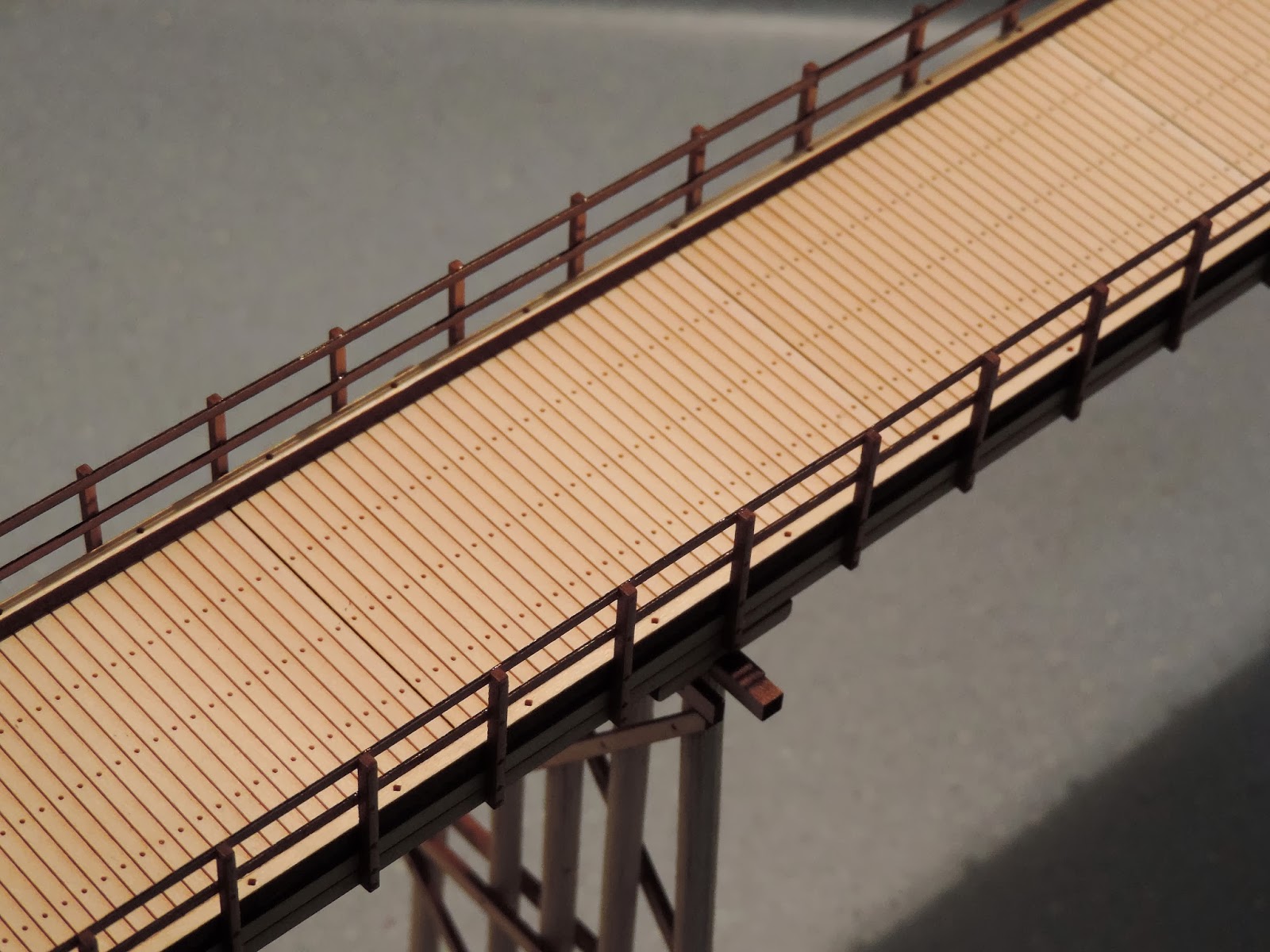