With progress nearing completion on the Graham's Hill station area "mini diorama", I could not help but see the ability to have a bit of fun and recreate the location just after closure.  With sleepers laid and weathered, the overall scene reminded me of some shots I have seen of the equally fascinating Taralga branch shortly after services on that line had terminated.  In that line's case it was only a couple of months before rails were lifted between the terminus and Roslyn and the remainder of the infrastructure and right of way was left to decay. Another interesting point is that when the Crookwell line ( parent line of the Taralga Branch ) closed in the early eighties...no such attempt to reclaim rails was undertaken and as such they are still largely in place.  This fact probably has more to do with the timing of the Taralga Branch coinciding with a shortage of rails state wide during that era rather than the fact that the Crookwell Line never being officially closed.

Of course the wayside station that I have chosen to model was located on the Camden Line but I would imagine the same method of decommissioning would have taken place as per the Taralga Line although in the Camden Line's case I have no idea of the wrecking ball timetable and weather the sleepers were removed shortly after the rails were lifted or concurrently.  Maybe one of the readers of this blog may be more learned than this scribe and chip in some details?.

Anyway I have captured this imagined scene for "historical" purposes as the last few detail items to complete this diorama will certainly add the activities of a working wayside station and the irony is that it will obliterate the future...

One thing is for sure and that is....we certainly have a great and varied hobby we have chosen to indulge in!!! 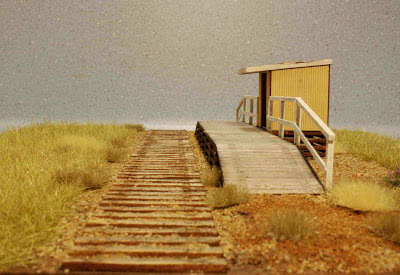 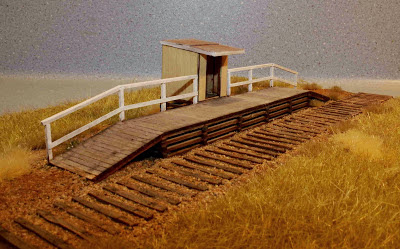 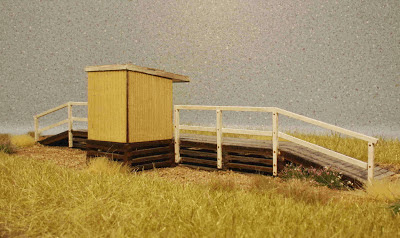 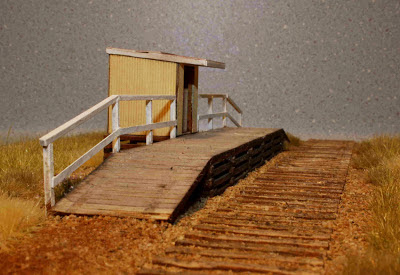 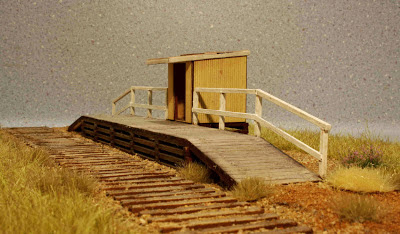