IPads, Magazines and The Cultural Shift

Around 2 years ago I decided to research out the reasoning behind the IPad and whether it would have a place in my life.  Having a high school age daughter also keeps me hungry to keep up with the technology that is ( or is about to be ) a normal feature of her life.  Following an extended period of being on the maybe list, I decided to approach the department of "Domestic Affairs" to discuss the likelihood of purchasing a unit.  I received the usual reply which is "If you think you can find a need for it...then buy one".

Well the rest is now history and after 18 months of ownership...I don't see much of the mysterious tablet at all.  The girls have hijacked the once, much scoffed at and maligned purchase and I have been reduced to chief battery charger and not much else.  Indeed I have now been approached by my little band of "non believers" and am being hammered to get another unit.

With a little downtime over Christmas and some time alone with the elusive Ipad...I discovered a whole new world of "stuff" that I found interesting.  I was also able to come to terms with a couple of "apps" that may also come in handy for operating the layout some day...and while these little gems are of great interest and blog worthy...they are not the reason behind this particular post.

Like most fellow modellers, I have a reasonably large arsenal of rail related books and publications and apart from these "one offs"...I also purchase a number of magazines from local and overseas sources on a regular basis through my local newsagency.  Apart from AMRM...I also buy four overseas offerings...they being Hornby Magazine, Railway Modeller, British Railway Modelling and Model Rail.  Apart from these I also pickup bespoke copies of other magazines based on the individual contents of each issue and whether they tickle the fancy.

At the end of the day, all of these purchases add up financially and of course being a hoarder of the past editions, storage then becomes a problem.  Examing the costs involved in buying the four British Magazines locally is also worthy of discussion and a real eye opener...

While I have not factored in the (minus) VAT vs (plus) GST factor...it is certainly easy to see that when one takes freight into consideration...the first two magazines in the list appear to be a fair cover price...while British Railway Modeller and Model Rail certainly have some explaining to do re the newsagency price here in Australia and this explains why I am not a strict monthly devotee of these two magazines. Maybe it has to do with circulation...but nevertheless I needed to curb my literary intake and be a little more discerning in my choices.

And so we finally come to the heart of this post.  It is possible to take out an "online" subscription to most magazines and have them automatically downloaded to the Ipad for a far cheaper price than what I am forking out now.  The only issue I had to try out and attempt to overcome was the generational change from a physical magazine to an online Ipad or tablet driven reading medium.

I decided to take out subscriptions to two of the listed magazines and see how I would react to reading while utilising this medium...either on the lounge, at a table or indeed bed (my normal haunt for such pursuits).  I must say after about a month I am virtually sold on the idea.

Apart from a hefty saving on my traditional methods, other factors that I need to take into account are...No more trips to the Newsagency (sometimes futile) looking for my mags and no more impulse purchases of other magazines while at the agency.  The current edition(s) are downloaded automatically.  And the added bonus...no more storage woes of past magazines.  Also the reading of the magazine is enhanced by the ability to zoom in and the clarity of text and pictures is superb...

I admit it is only early days...but as said before...I have been pleasantly surprised by my transition to this new fangled method of magazine interaction and I look forward to having more time to research out and explore what else is achievable ( now and into the future ) with an Ipad regarding the layout and layout control.

One other item I would recommend to anyone contemplating this medium is an item that I picked up at Target, that acts like a "bean bag" chair for the Ipad.  I think it is called a Pillow Pad or similar... and fits most tablets on the market...It certainly makes using an Ipad a lot easier and more comfortable... You can place the Ipad in almost any position and it remains stable without having to hold it...

In closing...I can only hope that AMRM is available in this format one day and then my trips to the newsagent will be limited only to "panic" runs for birthday and anniversary cards!!! 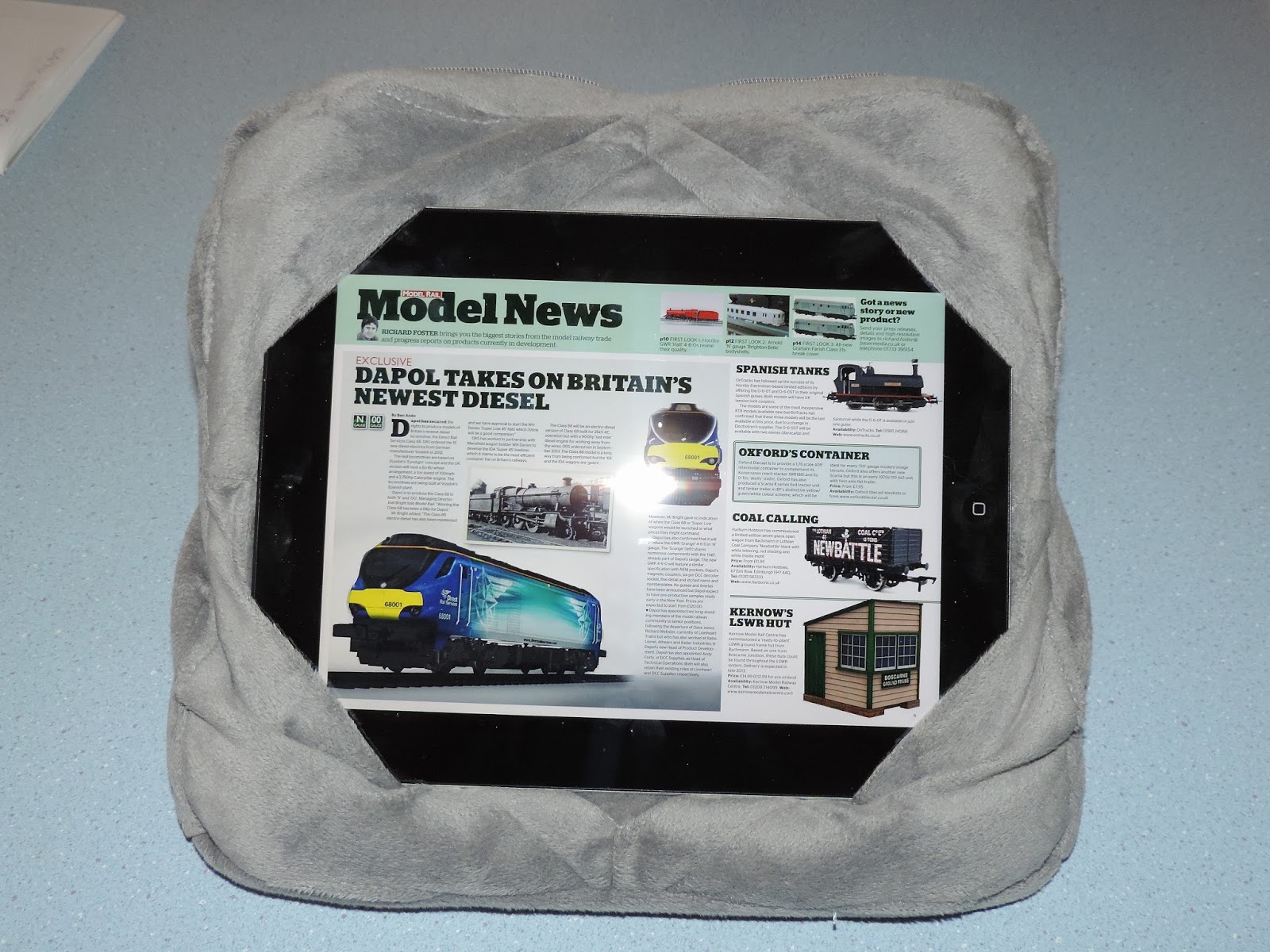 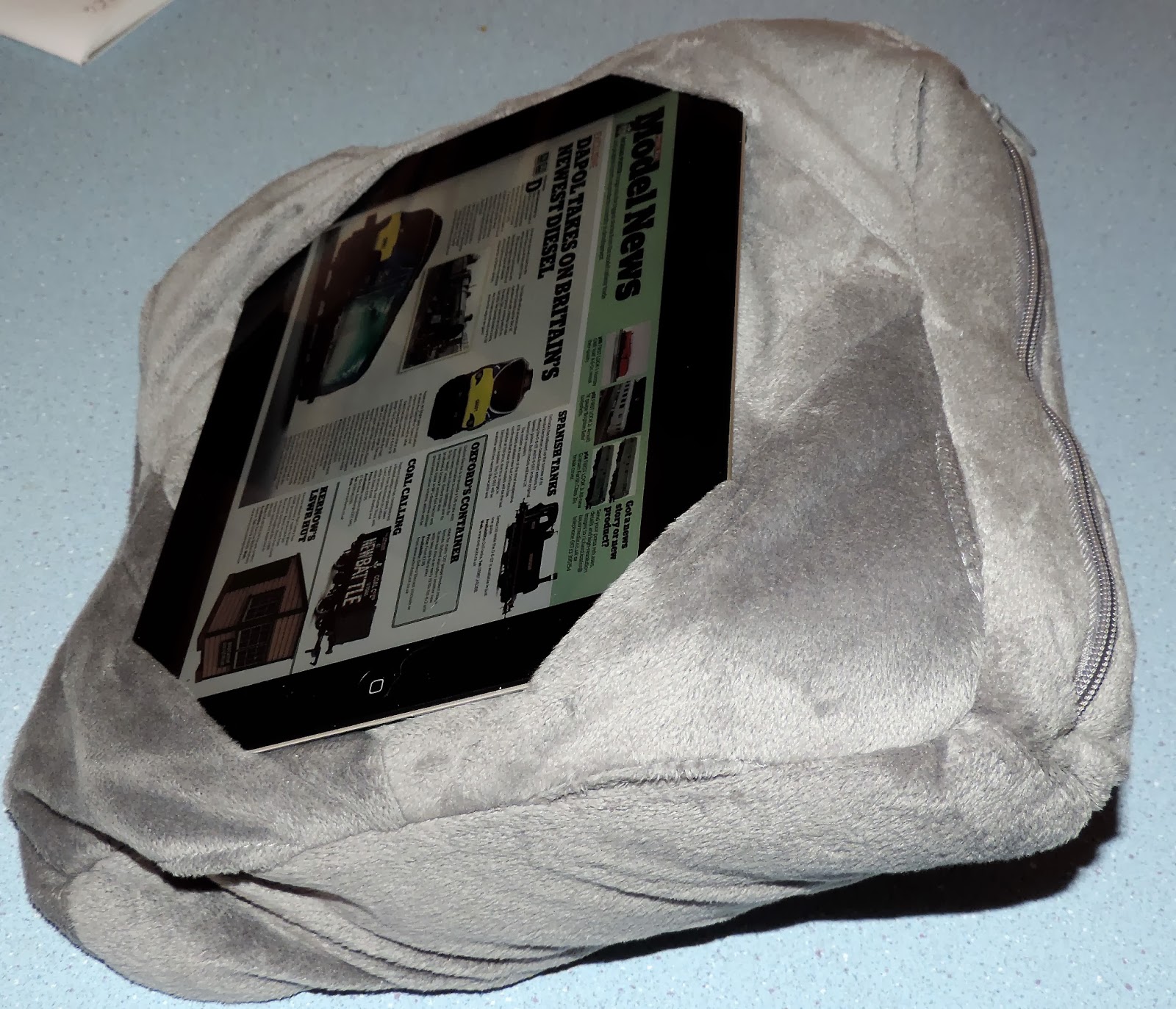